Workplace sexual harassment didn’t begin with Harvey Weinstein, and didn’t end with his conviction and sentencing. Or, now – with people around the world working from home during the COVID-19 pandemic.

Sexually harassing conduct doesn't merely occur with a harasser and a victim in a physical workplace. It can occur digitally too, from the perceived safety of our own homes.

Sexual harassment's roots extend deep, from work's lowest echelons to its highest; and wide, as in globally, to varying degrees in varying countries and regions. The #MeToo movement has found many audiences, often known by a specific country's language and terms, as in #SayaJuga in Indonesia, #WithYou in Japan or #balancetonporc in France.

The expanded world of work and the presence of the multinational corporations, with offices and employees located around the globe, has altered the way we work now, and with that, increased our need to understand sexual harassment through the lens of culture.

“Millions of women and girls are using videoconferences frequently, sometimes daily, to work and study. According to diverse media outlets, social media posts and women rights experts, different forms of online violence are on the rise including stalking, bullying, sexual harassment, and sex trolling. Examples include unsolicited pornographic videos while they are dialing into a social event via a virtual chat room.”

COVID-19 and Ending Violence Against Women and Girls, UN Women

We see it with strengthened legislation in several U.S. states, the passage of a law against harassment in Saudi Arabia, a definition of sexual harassment soon to be added to China's new Civil Code, and India's recent prohibition of discrimination against a transgender person. International organizations have stepped us as well. In June 2019, the International Labour Organization, with a membership of 187 countries, issued its first-ever international convention addressing violence and harassment, including sexual harassment, in the workplace.

Throughout 2020, social distancing has forced rapid changes in our working environments. Yet workplace sexual harassment persists around the world, even as the physical workplace has morphed (today more than ever) into an environment that is both digital and increasingly out of the office.

A modern workplace policy must expressly state online harassment as prohibited behavior. Even so, employers and employees may be unused to communicating solely online, and the lines may not be clear. Sexual advances and inappropriate comments and behaviors have plenty of space to hide in online communication platforms. Jokes and casual, more daring comments can quickly be taken out of context or be delivered in one tone and received in another. What would not be said to someone's face, or even out loud, may come out online, where there will be, in most situations, a written record that may be used as evidence later. 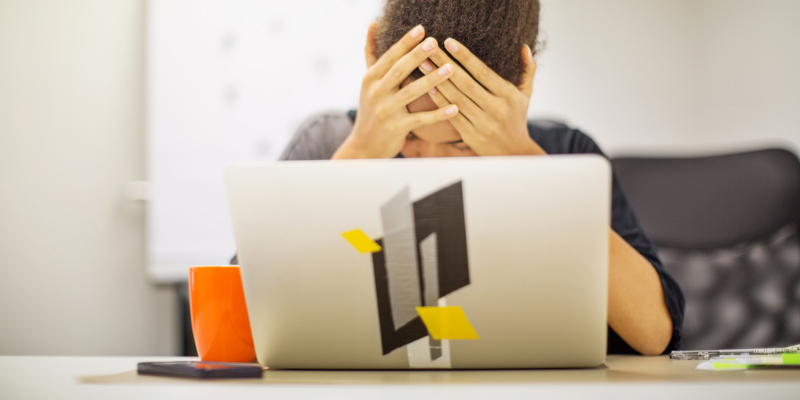 Managers may not be aware of an employee that is harassed but should take note of behavior that may indicate a situation. Often, workers react to sexual harassment through withdrawal from work and colleagues. An employee who becomes quieter on Zoom or withdraws on Slack could be a warning sign.

This sign may call for a check-in about workplace culture and each worker's sense of safety in their work environment. Bystanders who become aware of a coworker who misbehaves online or hears comments from coworkers or bosses that are, or may be, sexually harassing need to speak up. It’s common to feel alone when you’re the victim of this type of conduct and behavior; it’s even more likely if you’re actually alone, at home, with nobody to turn to and the camaraderie of trusted friends and colleagues no longer a few steps away.

The physical workplace can be a place of safety for some employees. These employees may now be experiencing domestic abuse, as they are in isolation with their abuser and away from support networks. Employers and coworkers have a role to play here and can be an online support system.

Domestic Violence Is on the Rise With Coronavirus Lockdown. The Responses Are Missing the Point, The Intercept

In addition to the issue of a sometimes unclear digital context and tone, a country or region's norms and communication styles can also lead to different interpretations of the same legal standards and requirements. Often the definition and legal requirements of sexual harassment differ from one country to another. A survey covering almost 50 countries revealed that sexual harassment has a different meaning depending on the country in question. The culture of a country influences its definition of sexual harassment, its response, awareness and acknowledgment, the reaction of the employer and employee, and the legislative response.

Additional reading: The conversation about sexual harassment is not done.

Learn about Ethics and Compliance Learning from SAI Global, and specifically about our Employment and Workplace Issues Training.

Or, request a demo to see how SAI Global can help organizations like yours improve company culture.

Time to Review Your Diversity, Equity and Inclusion Strategy